AS THE LEFT ACCUSES THE RIGHT OF RACISM, HISTORY PROVES THEM WRONG 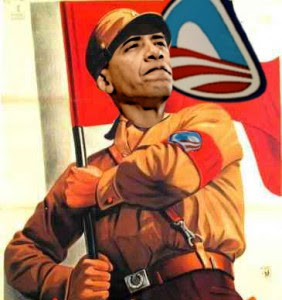 It has become a cacaphony from the Left: Opposition to President Barack Obama's policies is rooted in racism.
It has gone from the subtle to the super-hyperbolic, like when Rep. Hank Johnson (D-Ga.), speculated that Rep. Joe Wilson’s shout of "You lie!" during the President's speech a few weeks ago could signal the return of “folks putting on white hoods and white uniforms again, riding through the countryside.” [Yeah, it's gotten that pathetic.]
Even today, as reported by Politico, members of the Congressional Black Caucus (CBC) continue pushing the race issue.

[A]n underlying sense of nervousness and concern about the shifting political landscape in the eight months since Obama was sworn in. The sudden explosion of tea party groups, with right-wing protesters carrying signs depicting Obama as an African witch doctor or in a Nazi uniform, has infuriated some black lawmakers, who say such behavior wouldn’t be tolerated for a white president. [Emphasis added.]

The problem for the CBC and the rest of the Liberal Left, is that their memory is too brief. 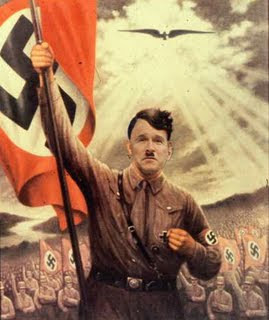 A quick google image search of the words "Bush" and "Hitler" yield over two million hits.

The images posted here are just a few, but they show that the Liberal Left is lying when they claim the 'virulence' in opposing Obama's policies are based in racism.
In fact, if nothing else, the images demonstrate that the Right is using the same tactics that the Left has used for years.