SOCIALIZED MEDICINE FOR DUMMIES: MATH MADE EASY EXPLAINS HOW OBAMACARE WILL LEAD TO A FULL GOVERNMENT TAKEOVER

You've got to admit, the President of the United States does deliver one hell of a good speech and Wednesday night's repackaging of the same package was no exception. He is a really, really smooth talker!

To us, the President's speech had its highs (like when Joe Wilson called the President a liar and Nancy Pelosi almost went into cardiac arrest...Now, as we say in Sparta, that was freakin' HILARIOUS!) and it had its lows (like when the President invoked the memory of Teddy Kennedy and Joe Biden wiped a tear or two from his plastic-surgeon stretched eyes). [Were we not Spartans, we would have been bawling our eyes out too!]

It's too bad, however, that the President could not find it within himself to be more truthful with the citizens of the land we call America. For, if he were being honest, then the citizenry could make a more informed decision on whether or not they want socialized medicine (with or without death panels).

You see, his plan will, in fact, lead to socialized medicine. Of that you can be sure. Unfortunately, so many of our fellow Americans don't grasp this simple fact.

Here is how the Democrats' health care plan will lead to socialized medicine within three to five years, if not sooner:

Note: There will be a test, so please pay attention.

The Obama-Pelosi plan states that employers who do not cover their employees' health coverage will pay an eight percent (8%) tax (or penalty or whatever else they want to call it) so their employees can be covered under "the public option."

So, lets take "Bob" as an example:

Bob has a wife and two kids (called "dependents").

XYZ Company provides Bob and his family with health benefits.

[This means that XYZ Company's portion of Bob's health benefits is 17% of Bob's pay.] [See footnote 1 below.]

Now, since the government is going to offer a plan that will supply Bob's health benefits at eight percent of his pay (or "payroll costs"), XYZ Company needs to answer the following questions:

This is a really important question: Which number below costs the least?

If you answered #3 on each of the above tests, you got it 100% right! Congratulations!!!

[Note: If you missed either one or both of the above questions, there is no helping you, and you deserve to have your health care (and oxygen) rationed!]

Now, there are over four million private-sector employers in the United States employing around 130 million or so people. The total population in America is around 300 million.

Approximately, 58% (or 174 million) of all Americans get their insurance through employer-based plans, while many others get their benefits through other government programs like Medicare, Medicaid, VA, or public sector jobs.

If a mere 50% (or 87 million) of those Americans getting their coverage through private sector employers get dumped onto the 'public option' in the first year, instead of 47 million uninsured Americans being coverage, the number will jump to 134 million Americans in the government's plan almost immediately.

By year two, expect that number to increase again, as more companies realize the cost savings by dumping private insurance and opting for the government plan.

By the way, the private insurance companies, with all the new mandates, will not be lowering their costs to meet or beat the government. They will not be able to.

This means that, for every company that dumps its workers onto the government's plan, the closer the private insurance industry gets to going out of business.

Pretty soon (again, we project within three to five years), there will be a full takeover of health care in the United States, resulting in full-blown socialized medicine. 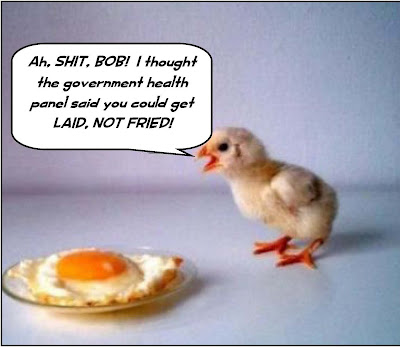 And that is Socialized Medicine for Dummies.

It doesn't take a genius to figure that out, and it sure as hell shouldn't take a politician to point it out (that is, if politicians were honest).

Footnote: The above figures are conservative estimates for illustration purposes only. According one recent article: "Annual premiums climbed to $4,438 for single workers and $11,556 for workers with families, the report showed."